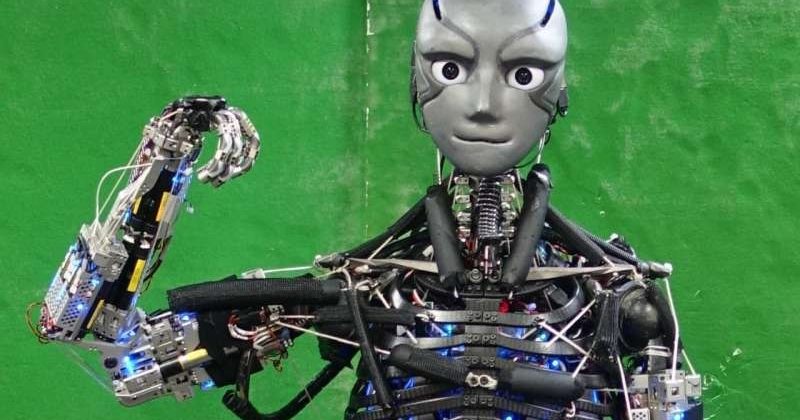 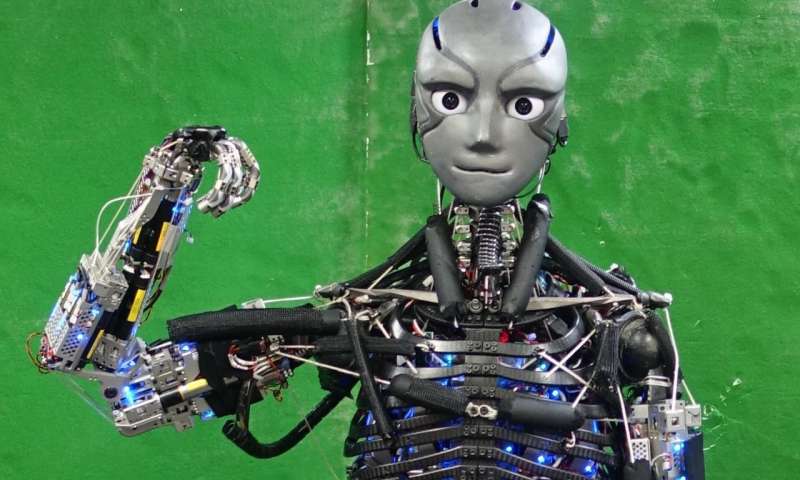 According to robots.net, a robot’s main goal is to “perform operations for which the human skeleton is not the best possible working solution.” Some of these operations could range from space exploration and settlement to more efficient housework. With the amount of research put into the field of robotics, a future that consists of coexistence between humans and robots is not that far off. So much has happened in the world of robotics since the initial launch of Honda’s beloved robot, ASIMO, up until his recent retirement. Many robots have joined him since then, and here are five of those that we consider as the most advanced ones we have today.

When it comes to robotics and the future, space travel isn’t a thought that far off. Valkyrie is a 6-foot tall, 300-pound humanoid robot made to withstand work environments too hazardous for humans. This space robot was designed by NASA with the goal of helping humans set up colonies on Mars in mind. Valkyrie is able to use human tools and can navigate its way through rough terrain with the help of its sensors constantly scanning its surroundings. And although space travel and colonization seem like a far reality for this robot, it is not impossible for its future versions to walk the surface of the red planet.

Developed by robotics company Boston Dynamics, Atlas is said to “push the limits of whole-body mobility.” This bipedal humanoid robot is equipped with a highly compact hydraulics system, saving weight and space without sacrificing the strength it offers. In fact, it possesses a high strength to weight ratio with its 3D printed parts.

Boston Dynamics boasts of this robot’s superb locomotive capabilities. And they have every right to do so with the number of movements this humanoid robot can accomplish. The extremely mobile robot moves at a speed of 1.5 m/s and maintains balance even when pushed. And recently, Atlas has shown promise as a gymnast. In one of Boston Dynamic’s latest videos of the robot, Atlas was shown to execute a full gymnastics routine. The bipedal robot can now do somersaults, handstands, jump twists, and split leaps — feats that most human beings can’t even do.

Originally revealed at CES 2018 as an armless bipedal robot that can not only walk (as indicated by its name) but also climb stairs, Ubtech’s Walker had its comeback at CES 2019, sporting a new pair of limbs. Designed to be a butler at home, this 4.75-foot tall robot is able to accomplish a number of tasks. In terms of leg work, Ubtech’s Walker can dance, kick a soccer ball, and can even maneuver itself to avoid objects. The robot also has improved balance since it’s debut in 2018. Of course, it isn’t much of a butler if it can only walk and kick balls. But with the addition of arms, Walker is now a grabber. The bipedal robot can grab objects when prompted, like when the master of the house asks the butler to fetch something for them. Eventually, this robot will be able to navigate itself around a home, and with improved hand-eye coordination features, can position objects at different angles. Improved face recognition which allows Walker to identify various faces and objects is also part of this robot’s future, along with voice recognition. The end objective for Walker is to turn it into a full-fledged butler that can remember and maneuver the layout of a home and do simple household tasks.

In the field of robotics, it is one of the goals to replicate human abilities in robots. However, when asked about what aspect of humans you would want to replicate, you probably wouldn’t think about sweating. University of Tokyo’s Kengoro is not only a robot that can do push-ups and sit-ups and is extremely flexible, but it can also amazingly sweat while doing so. Kengoro’s appearance resembles a muscle diagram seen in science laboratories because it has 116 actuators that pull on the wires, replicating muscle contraction. These actuators produce a lot of heat, and to prevent overheating, the robot “sweats.” Water is circulated to help cool off the actuators, which then produces water vapor or sweat.

The last item on this list is by far the cutest one. This adorable piece of robotics resembles a baby seal and is used for animal-assisted therapy. PARO gives the same therapeutic effects for patients all while minimizing the risk of using actual animals. With its sensor, this seal robot can recognize light and dark, and perceive people and its environment. Its voice recognition feature allows it to know the direction the voice is coming from and respond to certain words, such as names and greetings. And just like any cuddly pet, PARO responds to petting and registers the action it committed to receive reward (petting) and punishment (hitting). But perhaps its most important feature is its ability to calm down patients and give them comfort.

Posted by: Conrad Armer
View more posts
5 of the Most Advanced Robots in the World Today 0 out of 5 based on 0 ratings. 0 user reviews.
7 Popular Online Shopping Categories in Lebanon
Editing is always required to make the photos look good:

Finding the right people for your commercial property team

If you’re in the real estate business or your business owns a few properties, you…

Signs That Your Car Wheel Bearings Need to Be Replaced

Your car is made up of various components, each designed to maximize its performance and…

Various elements go into making an animated explainer video. These elements include the objectives, duration,…