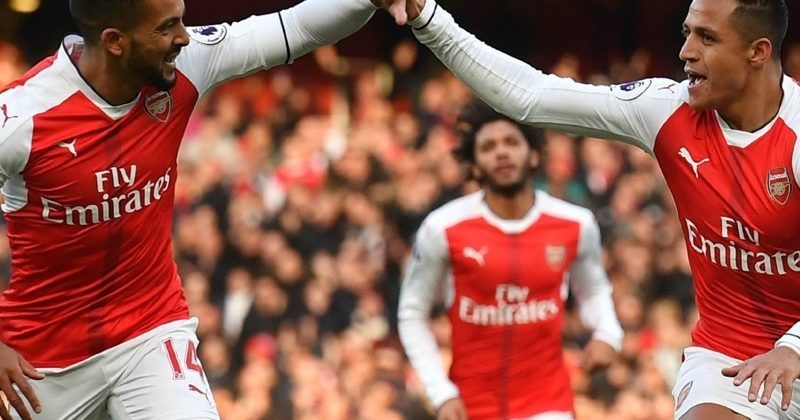 Comments Off on 3 Lucky Moments in Sports History

Have you ever wondered what goes through the mind of your favorite sports star before they shoot a basket, swing a bat or throw a ball? Odds are they’re wishing for a little bit of luck to come their way.

While most sporting achievements are awarded for true excellence, there are rare occasions – head scratchers, if you will – that leave fans and athletes alike asking ‘what the heck just happened?’ Here are three infamous accounts where luck played a part in the outcome of a sporting event – for the entire world to see and go, huh?

The miracle on ice

In the year 1980, at the height of the Cold war when American and Soviet tensions were at their breaking point, two hockey teams met on the ice of the Olympic Games to battle it out for the title of world champion. The Soviet team, made up of the best and brightest hockey stars destined for greatness, was thought to be the clear favorite to win; fate had other plans, however. In the final period, both the U.S. and the Soviet teams had scored three goals; little did they know that it would all come down to the final ten seconds of the game. As the announcer, Al Michaels counted down the final moments, the U.S. team shot the puck past the opposing goalie to solidify their place in history.

The pass in the grass

Some countries believe that America is one of the luckiest countries in the world. While there is no way to prove this there are events other than hockey championships that lend credence to the idea. For instance, when one thinks about NASCAR, it is almost impossible not to think of speedway-legend Dale Earnhardt. In 1987, at the height of his career, Earnhardt pulled off one of the most courageous – and outrageously lucky – stunts in NASCAR history. Battling longtime rival Bill Elliott for the coveted lead-car position, Earnhardt’s racer slid off the track into a patch of grass that broke all laws of resistance and ended up increasing his speed. This daring move afforded Earnhardt the race and later a well-deserved spot in the NASCAR Hall of Fame.

The success of the New York Yankees’ seasoned career in baseball isn’t something that can be attested by even the most diehard Red Sox fan. Yankees aren’t known for needing luck to pull themselves out of tough situations – but it certainly doesn’t hurt to have luck on your side. In the bottom of the eighth of game one of the 1996 ALCS, the Yankees were down one run. After Derek Jeter smacked a ball deep into right field, unlucky Baltimore Orioles player Tony Tarrasco was the closest man on the field able to catch it. In an odd turn of events, the ball was caught instead by a young fan sitting in the stands’ front row. In a controversial ruling, the umpire called the play a home run – instead of interference – which gave the Yankees confidence to defeat the Orioles and eventually go on to win the World Series that same year – talk about a lucky catch!

What lucky sports moments would you add to this list?