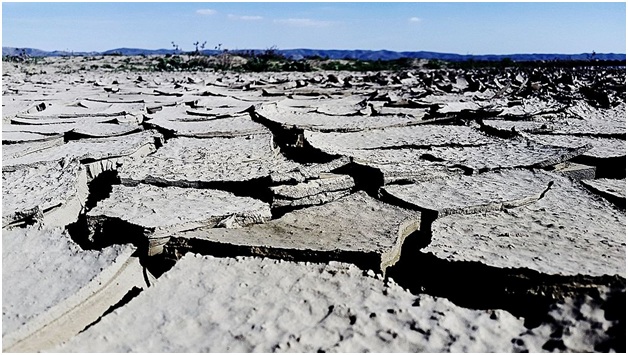 If you were to choose only one between a glass of water and a tanker of black gold oil, which would you prefer? If you are in a location where water is abundantly available, that oil tanker should be your first choice. That is easy money and perfectly understandable. But what if you are in the middle of a desert void of any water supply, which one would you choose? Now water becomes more valuable than oil. Imagine this crisis happening on a national level. This is how water conflicts can be more serious than oil wars.

The Lessons of the Past

In the past, there have been wars that are solely based on water supply conflicts. While those stories of the past can be a lesson for mostly the better among us all, we must consider the idea that the past is not the same as today.

The past has a fewer population, thus water shortage is not because people consumed most of it. Most of the reasons are due to greed and power. Some reasons involved establishing territory.

Today, one of our biggest problems is the vast and overpopulated state that we are in. I am talking about the global state. The water shortage at present is not because some nation took over our water supply. No, it is not that reason. The reason is that we consumed most of it and not care much whether it is going to be replenished in a natural way.

The past is not the same as today. If there are some resemblances of similarity between the two eras, it is the fact that we are all driven by greed and carelessness. And if the same conflict is to happen in this generation, it will be devastating.

Imagine if the whole of United States of America suddenly suffers from water shortage. And the only way for them to get their people to survive is by taking other country’s fresh water supply. And because every country has their own state of water crisis, you cannot expect other countries to share their also dwindling supply.

If you are the leader of the US and your people are dying due to the shortage of water and no country is willing to share their resources, what would you do? When the need becomes the subject of life and death, wouldn’t you settle to take it by force? Wouldn’t the thought cross your mind?

In truth, the percentage of fresh water in the whole wide world is only 2.5%. The 2% of that freshwater are glacier, ice, and snow. Only .75% is groundwater and soil moisture. And about 0.01% consists of surface water such as lakes, swamps, and rivers.

Those numbers are basically the estimation of the distribution of all the water in the world. And if you consider the way people use their water and how we consume it like it is not going to run out, the war for water could be at hand.

According to studies, more than two-thirds of freshwater around the world is used for irrigation. That is because we have depleted all our rivers and stream to provide surface freshwater for our crops. And now that we are currently using the supposed backup freshwater supply to take us through the drought, we are in a dire situation to suffer from a long-term problem. And that includes sinking cities.

But how could the conflicts get started with water as the main reason?

In India, there has been a drought that has been going on for decades. Their rivers are almost dry and their irrigation is suffering. So the next practical source of water is the groundwater. And because farming requires a great amount of water supply, farmers pump out groundwater so rapidly than it can be naturally replenished that the land started to shrink down.

This crisis does not only happen in India. The same goes in China. In Beijing, it is reported that the ground is sinking four inches every single year. That is because they are pumping out water more rapidly. And that is inevitable since China’s population is one of the biggest around the world. More people living in a place mean more demand for resources.

Some reports say that Beijing could suffer from catastrophic disruptions resulting to their infrastructure collapsing one by one. This is probably why their government had pushed through building an artificial island in Scarborough Shoal near the Philippines. And that is a significant sign that water conflicts could be more serious than oil wars.

In Mexico City and sections of California’s Central Valley, scientists have found that their land level has dropped by a foot. There are even reports that some localized area has dropped to as much as 28 feet.

In 2009 in Yemen, there has been a significant water riot due to the shortage of water supply. It is worth noting that they rely so much on groundwater for most of their economic needs. The same goes for Jordan which heavily taps into groundwater. It will be just a matter of time before they finally run out of supplies. Adding to their already bad situation is the influx of more than half a million Syrian refugees that will share water with them.

The Start of the Water Wars

There is no actual date or studies that can predict war because of water. Although scientists from United Nations have predicted that a global water shortfall will likely happen by the year 2030. That is just more than a decade from now.

By then, it would be safe to assume that the conflicts for water will be more evident and that nations all over the world will vie for the right for freshwater.

Water shortage can lead to a domino effect. With the drought rapidly increasing around the world, climate change is another factor to look out for. Those nations that will experience the impact of drought and climate change will have a decreased economic growth. That crisis could lead to a spike in food prices and other necessities.

This will raise more reason for people to create conflicts against their government and even towards other countries. Not to mention the waves of a great number of migrations around the world. People will seek better places where they feel that they have a more likely chance to survive.

It is funny how a lot of people ignore when somebody tells them to use their water wisely. Those little things that we neglect happen to be the one thing that saves other people’s lives. And yet, we act as if everything we do is insignificant to others. When half-way around the world, there are people that would kill just to have some drops of water in their mouth.

Amber Charles is the author for PreparedBee.com. She has been working with writing for over three years. She spends most of her off-work time reading books, practicing dance, and catching up with the new TV shows she’s been missing. You can reach her at amber (at) preparedbee (dot) com

Posted by: Clare Louise
View more posts
Make Your Next Trip To Kuching Memorable By Taking This Initiative
5 Creative Ways to Say ‘I love you’ to Your Girlfriend This Valentine’s Day