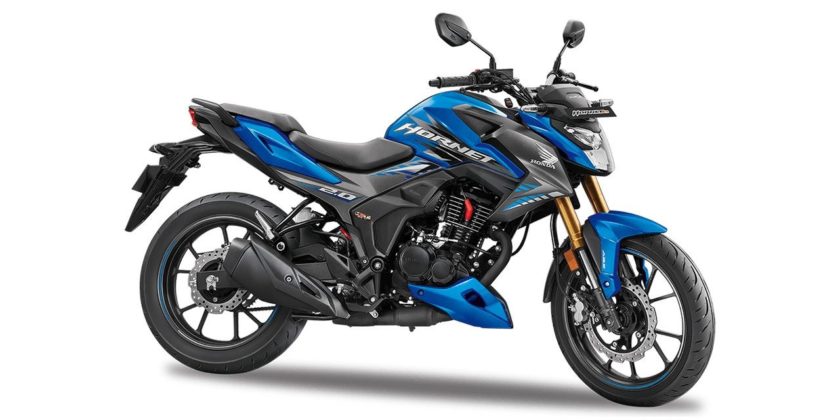 Comments Off on Review – Honda Hornet 2.0

Honda Motorcycle and Scooter India have been on their toes, ensuring frequent updates, whilst also giving its products a proper revision, particularly in the 150-200cc segment. The Unicorn was one among the few bikes they had on offer in the past, but it never quite took off, which meant they had to shelve it. Then the X-Blade continued to soldier on in the ‘premium’ segment. This gave Honda the liberty to position the new Hornet 2.0 close to the 200cc motorcycles in the market, with its 184.4cc engine. Does the new Hornet 2.0 make sense over its smaller-capacity siblings? We ride it to find out.

We like how the Hornet 2.0 looks. It looks more muscular than the CB190R, and the sharp, low-slung headlamp along with the thick golden forks give it a bold look from the front. The tank extensions give it a big-bike like stance, while the sleek rear panel, stubby exhaust and split seat design – all contribute to make it look sporty. The tail section has been revised and sports new turn indicators, while the X-shaped tail lamp looks nice and modern.

The Honda bikes appears quite premium, and the quality isn’t something to complain about. However, there are a few tacky bits that tend to put you off. Some of the elements, like the side panel and blue mirror casings, aren’t up to the mark either.

It features an all-digital instrument cluster that displays information for time, two trip meters, a fuel gauge and a tachometer. The riding position is comfortable and sporty, both. But you do lean forward a little, while the rear-set foot pegs are just about alright. The seat has good length, and you aren’t seated too high either.

The motorcycle is powered by a new 184.4cc, single-cylinder fuel-injected motor that makes 17bhp and 16.1Nm of torque. There may be an increase in power output, but the rivals have it for breakfast on this front. However, the motor is punchy, along with a good mid-range too. It is best ridden within the 5000rpm mark as it doesn’t feel stressed on. And when you do push it hard, vibrations filter through. It’s best ridden at around 90kph. The motor is tractable and feels at ease in the city.

The Hornet 2.0 surprises with its handling, thanks to the light-weight body and the firm suspension setup that result in nimble handling attributes. The ride quality isn’t so bad, despite the firmness of the springs. But it does bottom out when you crash into a ditch. The brakes, although sufficient in terms of bite, could’ve been better in terms of feel. It also features single-channel ABS.

Should I go for it?

Firstly, we really like the way this thing looks. And its refinement, eagerness to change directions and its light controls make it worth a consideration. There are of course other bikes in this segment that offer more at a slightly higher price, but then the Honda still manages to be a fun bike to ride. Also, read the latest bike comparisons, only at autoX.

Some days you just need a vacation. Life has a way of staying busy and…