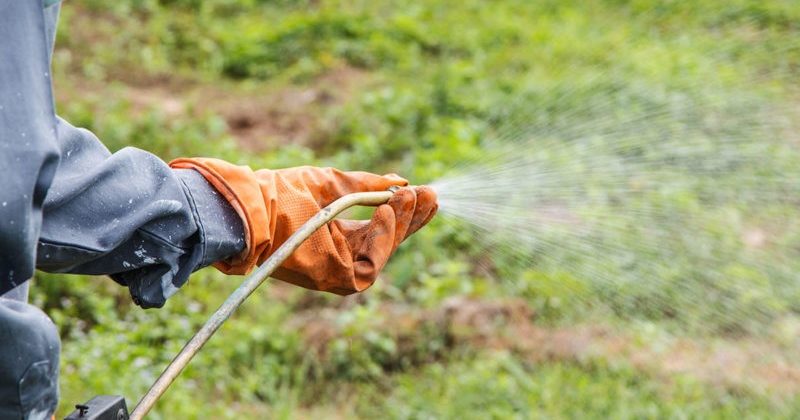 Comments Off on How Do Selective Herbicides Work?

There is a lot of confusion and misunderstanding in the general public about selective herbicides, pesticides and other technologies used in the agriculture industry today. Most people don’t have college degrees in agricultural chemistry or biotechnology, so the idea of these products being used on their food is unsettling, and that’s understandable. However, understanding a little of the basic science behind the scary-sounding synthetic chemicals employed in conventional agriculture today can go a long way in helping consumers think critically about these products without succumbing to knee-jerk reactions based in fear of the unknown.

In this article, we’ll focus on demystifying the concept of herbicides, and more specifically, selective herbicides.

What is a selective herbicide?

A selective herbicide is basically just what it sounds like: an herbicide that only kills select plants, not all of them. We don’t usually stop to think about the incredible diversity that plants have from one species to the next, but any two species of plants might be as similar to each other as humans are to dogs, turtles, or even slugs. You know that chocolate is extremely toxic to dogs, and yet most humans can eat it in large quantities with no problem at all. Likewise, pouring salt on your hand won’t cause you to shrivel up and die like a slug would. Each species has its own unique internal chemistry that determines how its body will react to certain chemical substances, like the theobromine in chocolate or the sodium chloride in table salt.

Plants have just as much variety in their internal chemistry as animals do, and the goal of selective herbicides is to find something that undesirable plants (i.e. weeds) have in common that the desirable plants (i.e. crops) do not, and use that as a target to kill only the weeds and leave the crops unharmed.

Some examples of selective herbicides

Let’s look at an example that most people are already familiar with: photosynthesis, the process by which plants use carbon dioxide, water and energy from the sun to produce sugars and oxygen gas. It sounds pretty simple when you put it that way, but there are many individual chemical reactions that must happen inside the plant for photosynthesis to work.

Furthermore, almost all of these chemical reactions rely on specific enzymes to make them go fast enough to keep the plant alive and growing. And where do those enzymes come from? They are “built” by cells based on instructions written in the plant’s DNA, and translating that DNA code into an enzyme is a whole other complicated process. Almost every single point in every single one of these processes could theoretically be exploited to kill the plant by preventing it from being able to do photosynthesis.

One “class” of selective herbicides called “photosynthesis inhibitors” takes advantage of the differences between how certain weeds do photosynthesis and how crops do it. These weeds have certain “players” involved that the crop plants do not, so a molecule that can block one of those players from doing its job can selectively interrupt photosynthesis in just the weeds that have that player.

Other classes of selective herbicides, like “synthetic auxins”, will go directly to the source and interfere with how the weed’s DNA is used to tell the plant cells what to do. Healthy plants have a complex system of checks and balances to make sure everything works as it should; a molecule that upsets this careful balance can cause a chain reaction that ultimately leads to the weed’s death.

Selective herbicides are very important tools for farmers to be able to grow enough food to feed our booming population. Their chemical names might sound scary, but our herbicides and pesticides are becoming safer every day thanks to government regulations and more sophisticated scientific understanding. Being critical of these products is a good thing; it’s what causes science to advance. Making decisions based in fear without understanding, however, does more harm than good.

How To Make Your Office A More Friendly Place to Work

On average, an Australian full-time employee spends more than 41 hours per week working. That…

Tips To Learn To Invest In Binary Options

5 of the Most Advanced Robots in the World Today

According to robots.net, a robot’s main goal is to “perform operations for which the human…