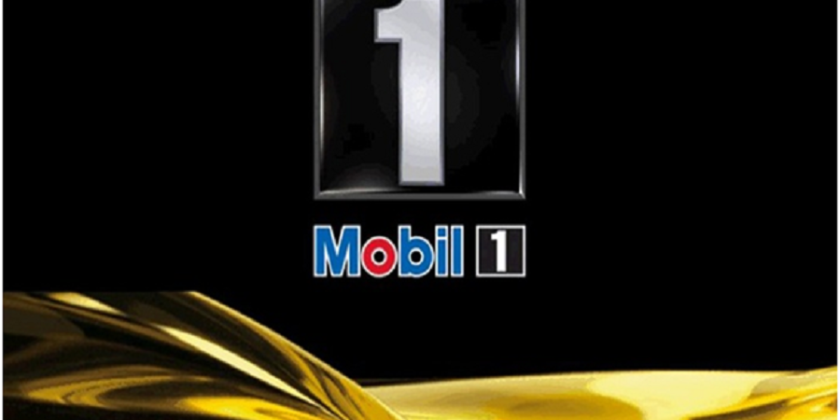 Comments Off on The History of Mobil 1™ Synthetic Motor Oil

Fairfax, Virginia – It’s hard to believe that more than forty years have passed since Mobil released Mobil 1™, the first fully synthetic motor oil on the market. The official motor oil of NASCAR, this synthetic alternative to standard motor oil was first released as a way to safely enhance fuel efficiency. But what Mobil 1™ has really become known for is state-of-the-art wear protection and performance.  After all these years, Mobil 1™ is the lubricant of choice by race teams and vehicle manufacturers alike. And it has become the leading brand of synthetic motor oil.

The development of synthetic lubricants that would eventually lead to the production of Mobil 1™ began as a solution for military airplanes in the early nineteen sixties. A product still used today, called Synthetic Mobil grease 28, was created to allow the wheel bearings of a plane to function properly during cold weather landings. Later in the same decade, Mobil released a synthetic that was used for large diesel engines on oil rigs in the sub-zero temperatures off the coast of Alaska.

But it was in 1971 that Mobil assembled the New Concept Engine Oil Team to investigate emerging technologies in lubrication. The team developed the first Mobil 1™ fully synthetic motor oil product. Mobil 1™ was quickly recognized to have superior qualities to conventional motor oils. It was soon introduced in Europe and, after some minor formula changes, released in 1974 in the United States.

The superior performance of Mobil 1™ attracted attention from racing enthusiasts. The brand officially began its storied relationship with the world of racing in 1978 when it sponsored Williams Formula One Racing Team. Mobil entered the Grand Prix with Williams the following year and together they took five wins over the course of that season. Mobil 1™ went on to ride with Williams to dozens of race wins.

Throughout the eighties, Mobil 1™ expanded its involvement in racing. In 1987, the brand sponsored Rusty Wallace and took part that year in its first NASCAR win at Watkins Glen. Since 2003, Mobil 1™ has been the official motor oil of NASCAR.

A 1990 BMW 325i, fitted with a 2.5-litre inline six-cylinder engine loaded with Mobil 1™ synthetic motor oil was pressed into service. The engine was run continuously for the next four years – the equivalent of a million miles of hard service – with stops for routine maintenance and service alone. At the end of the test, the engine was disassembled and inspected. The result of a million miles of use and abuse? Most of the engine components were still within the manufacturer’s tolerances for a new engine. There were virtually no significant signs of wear.

Mobil continued to improve upon its synthetic formula. Significant showings in the realm of racing caused many to take note of the value of Mobil 1™. In 1992, Chevrolet put its stamp of approval on the synthetic by putting it in the Corvette straight from the factory.

Over the next twenty years, many more manufacturers would take notice and include Mobil 1™ in their vehicles. Through the nineties, Mercedes Benz and Aston Martin followed suit. In 2000, Ford included Mobil 1™ in the Mustang Cobra R. Bentley came around a few years later and put it in the Continental GT, followed by Cadillac with the Escalade and DTS, and Nissan with the GT-R. By 2012, Porsche, Lexus, and more were added to the mix.

In the meantime, Mobil 1™ continued its march to success both at the track and at the hands of extreme testers. Team McLaren Mercedes Formula One cars were added to the list of race teams enjoying a relationship with Mobil 1™ along with Tony Stewart and the Stewart-Haas Racing Team.

During a 16-month “Drive Around the World Expedition” starting in 2003 that traversed 28,000 miles in the intense heat of the Mojave Desert and the bitter cold of Siberia – without an oil change – Mobil 1™ showed itself to be a winner off the track as well. And in a 2005 test in Las Vegas taxicabs using 15k mile oil change intervals over a 100k mile span, the synthetic proved to protect engine parts. A year later, an Australian ute was used in a test that challenged Mobil 1™ over a six-month, 37,000 km drive without an oil change. The result? A perfectly clean engine. Mobil 1™ had done it again. And again.

In 2014, Mobil 1™ celebrated its 40th anniversary as the first fully synthetic motor oil available on the global market. Since that time Mobil 1™ has improved through a number of upgrades and has branched out to include its Advanced Formula, Extreme Formula, Extended Performance, Truck and SUV Formula, and even an offering for motorcycles. Today, Mobil 1™ is considered the number one brand of synthetic motor oil available.

This article is intended only as a general guidance document and relying on its material is at your sole risk.  By using this general guidance document, you agree to defend, indemnify and hold harmless Hogan & Sons Tire and Auto and its affiliates from and against any and all claims, damages, costs and expenses, including attorneys’ fees, arising from or related to your use of this guidance document.  To the extent fully permissible under applicable law, Hogan & Sons Tire and Auto makes no representations or warranties of any kind, express or implied, as to the information, content, or materials included in this document.  This reservation of rights is intended to be only as broad and inclusive as is permitted by the laws of your State of residence.