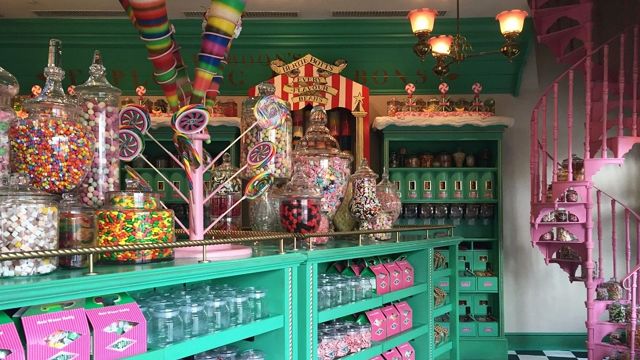 It’s a story that never fails to entice and attract and by 2016, the Harry Potter movie franchise was worth in excess of $25 billion. This makes the movie franchise one of the highest-grossing of all time, with nothing on the horizon yet to eclipse it. Appealing to all ages, it is no wonder that the film’s merchandise is popular, with Harry Potter candy being top of the wish list.

Work a spell with the Harry Potter Chocolate Wand

The Harry Potter Chocolate Wand must surely be the most popular of branded merchandise. The chocolate is of high quality, making it the perfect gift at any time of year from a stocking filler at Christmas to an alternative egg at Easter.

Of course, for the Harry Potter fan, the wand is probably the most important piece of kit they could own. It is the tool that Harry and his friends use to cast the many spells that keep them safe and help them to solve riddles.

There are many spells that we could do with in real life. If you need to make your voice heard, whisper Sonorous and you have a loud booming voice that everyone will hear!

The most useful spell, however, must be Accio, one that summons charm so no matter what situation you are in, you’ll find a way out …

Slugs are not everyone’s favourite mollusc as they have some fairly destructive skills in the garden. That said, in the Harry Potter films, they make an appearance.

Ron Weasley isn’t always the luckiest of characters and so when he attempts to cast a spell with a broken wand, he finds himself on the receiving end of something rather unpleasant. He starts to vomit slugs, which looks as terrifying.

However, the Harry Potter Jelly Slugs are not terrifying but, we have to say, simply delicious. The right balance of flavour and sweetness makes these rainbow coloured slugs a must. A refreshing taste, there is pear flavour, sour cherry, tangerine, watermelon and banana to choose from in the pack.

Much tastier than real slimy slugs, a taste we don’t recommend you try.

Every Harry Potter fan knows that the world of wizardry is a tale of two halves. On one side, you have good magic, a place of light and charm. But creeping around the fringes, shadowy figures lurk with the intent of using dark magic.

And that’s why the content of Harry Potter Bertie Bott’s flavoured jelly beans won’t come as a surprise. There are pleasant flavours that tingle the tastebuds including banana, green apple, lemon and marshmallow.

But dig a little deeper and you’ll come across the jelly beans that are straight out of the spellbook. With hints of booger flavour, grass, rotten egg, sausage, soap and vomit, there’s a 50/50 chance you’ll get something nice or something not-so-nice.

For any Harry Potter fan, these are the perfect candy gift ideas!

Posted by: Clare Louise
View more posts
The Best Instruments for Learning to Read Music
What Do You Feel in the Company of Barracuda Escorts?

Difference between Belyashi and Piroshki!

Belyashi Recipe They have some difference but they are so similar . it depends on…

Following a selective eating regimen like the vegetarian diet can be challenging, especially when you’re…

Get to Know the Benefits of Drinking Craft Beer

Last few years, craft beer has been making huge waves in Booze Ocean but there…