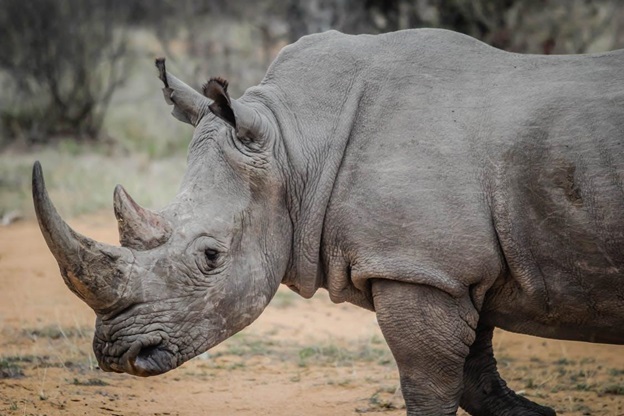 Rhinos once walks in a lot of places in Europe, Africa, and Asia and popular with early Europeans who illustrated them in paintings in the cave. Few rhinos survive outside reserved and national parks because of frequent poaching and loss of habitat in many decades. Three species of rhinos are critically endangered, the Javan, Sumatran, and black rhinos.

Rhinos have a unique appearance and awe-inducing presence, and they are one of the many fascinating creatures in the world. They are big, and they look prehistoric, and it’s like you are looking at an actual dinosaur in real-time. There more facts about rhinos, and aside from this list, you can always check out more about rhino facts.

Way back in 2011, there is a group that suggested of putting poison in their horns to discourage poachers and kill parasites. Once people use poisoned horns for traditional medicine, it will cause convulsions and nausea for the people that will take it. However, some critics argued that some poachers would not care if their customers will get sick, and there won’t be an effect on those who will buy poisoned rhino horns because they will use it for decorations.

The horns of rhinos can be used in many ways, others are practical, and some have no factual basis. One of its practical uses is to make dagger handles, like in Yemen and Oman. In Vietnam and China, the rhino horn is part of their traditional medicine because they believe that it can cure cancer.

Even in Europe, there is some belief that their horns are aphrodisiac and poison antidote. The community of medicine denied those claims, and they compare them to when you drink powdered fingernails that are in the water. Rhino horns are from pure keratin just like human nails, and that’s a less-known fact about rhinos. Some people also use rhino horns for decoration purposes.

Indian Rhino is Asia’s Second-Largest Animal in The Land

The only largest animal in Asia is the elephant, and the Indian rhinos are only second to them, which they grow up to 6 feet high and 12 feet long. The Indian rhinos average weight is around 2,200 kilograms. Their horns do not grow until reaching the age of 6, where it will start to grow until 10 inches long. Some rhino horns also grow more extended than the usual that can arrive up to 14 inches in length.

There are no Natura Predators for Rhinos in The Wild

The calves predators are sometimes the crocodiles or the big cats, but those animals will avoid adult rhinos. That is also the reason why calves will always stick and get close to their parents. Sadly, even though humans are not their predators in nature, they use weapons like bows and arrows and spears to eliminate the natural advantages of the rhinos. Poaching is also one of the causes that the rhinos population is decreasing.

Some People Proposed to Produce Synthetic Horns for Substitute

Those are the horn substitutes that are engineered artificially to look like the real thing. Other activists have expressed doubts at giving replacements as a technique to stopping the rhino horn’s illegal trade and other body parts. However, activists still consider its potential success. Now that is one hopeful rhino facts.

Rhinos are now almost extinct animals that we should not harm, and we should take care of them. People should stop using them for their personal use because animals shouldn’t be treated that way. We should all be aware of the punishments of making illegal trades.

Posted by: Paul Petersen
View more posts
Meanings Behind the Most Widely Used Emojis and How to Use Them Effectively
Humming to the Tune: 5 Hummingbird Facts You Should Know About

Nose jobs, a.k.a rhinoplasties, are the second most common cosmetic surgery in the world.…