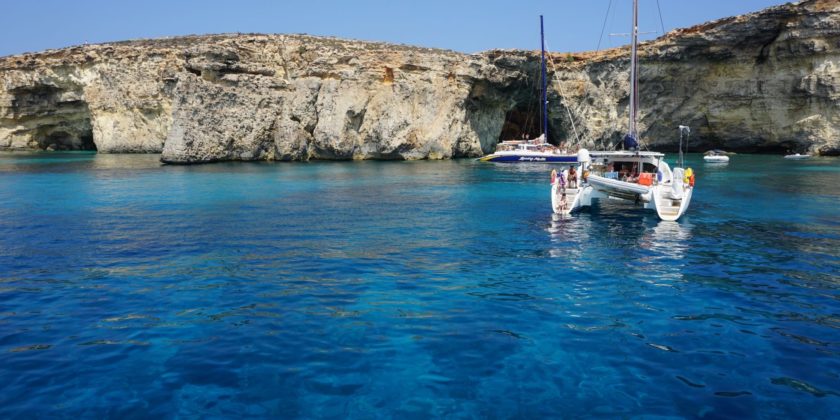 Comments Off on The enchanting island of Malta

In the past Malta was sought after by regimes from every corner of the world for its prime location in the middle of the Mediterranean Sea.  Today, millions of tourists visit Malta every year. Some of them are so enchanted, that they decide to make it their home. Location is definitely an attracting factor. While Malta might be tiny, its central location in the Med makes travel very accessible – both in relation to distance and costs. Once you land there, you’ll find a ton of other reasons Malta is alluring to visitors. We’ve listed a few.

There is no other place on the planet that is quite like Malta.  It’s rich and varied history has resulted in an island nation that’s a unique blend of all their influences. The Greeks, Phoenicians, Carthaginians, Romans, Byzantines and the Turks are amongst those who left their mark on Malta along the years. To get an idea of Maltese lifestyle, imagine a mashup of Sicily, North Africa and England.

Malta is home to the Megalithic temples that outdate the pyramids, has ancient fortified cities perched on hilltops, and churches known for their incredible ornate décor. As you walk to the winding village streets with overhanging colourful wooden balconies, keep an eye out for locals as they go about their daily lives – you might spot some traditional craftwork.

Everyone knows that the Mediterranean lifestyle is amongst the healthiest in the world, and not just when it comes to food.  Yes, the food is delicious, but it doesn’t end there. Waking up from siestas in the sunny climate with beautiful landscapes and architecture all around, with organic and wholesome food to keep you sated are all factors that contribute to the stress free and laid-back lifestyle.  People are sun kissed, warm, and always ready to help. The attitude is contagious – after a few days here, you’ll notice your mind quiet down.

Parts of the island look like they haven’t changed since the 1950’s. Other parts have hopped on the train of modernity.  You can find luxury and extravagant entertainment venues in one area, then randomly end up in a rustic, rural area surrounded by fields, greenery and the potential lost farm animal after a 15-minute drive.  Malta’s progressing without forgetting its roots, and that’s refreshing.

ENGLISH IS AN OFFICIAL LANGUAGE

Malta was under British rule for over 150 years, an influence which isn’t easy to shake off.  The British legacy still lives on in many aspects of daily life in Malta – the most obvious one being the language. As an official language in Malta, English is widely used. You’ll have no problems getting around or socialising.  It’s also the reason why Malta and Gozo have become recognised as a quality destination to study English as a second language.

As far as your money goes, Malta is one of the best buys in Western Europe. With all its got to offer, visiting or living in Malta is rather affordable when compared to the average cost of living.  Sure, this depends on where you’re coming from and will vary accordingly, but it’s a rather affordable destination.

THERE’S BEAUTY IN EVERY DIRECTION

If you’re a photography enthusiast, make sure you go to Malta with plenty of storage and battery life.  Every inch of Malta is gorgeous. Whether it’s natural beauty or historical landmarks, Malta will make you lose your mind. Seeing as it’s an island, you’re never far from the sea or gorgeous sunsets.

Posted by: Conrad Armer
View more posts
Temp Agency in Austin And Its Need
Can Packaging Leave A Lasting Impact On Your Business Growth? — Important Points To Know

Wine Pairing Tips For Your Next Brunch

Known as the amalgamation of two important meals of the day, breakfast and lunch, brunch…

Jakarta, the capital city of Indonesia and the heart of the nation’s government, trade, business…

Shopping for Everything You’re Looking For in Jakarta

Whether you are a spender or half-hearted shopper, there is sure to be something for…