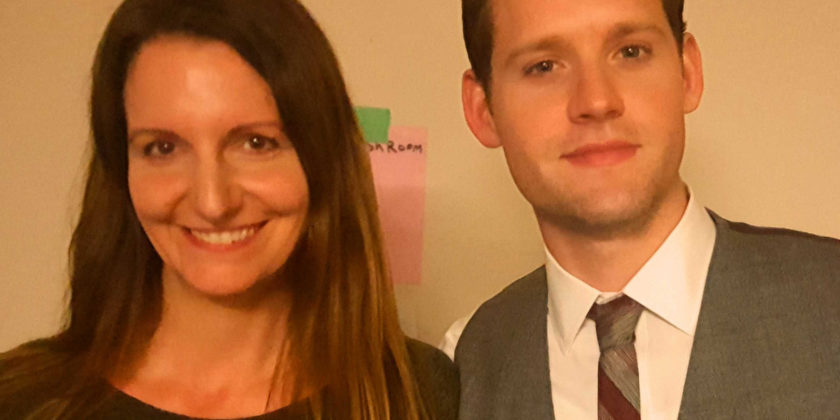 Comments Off on Desire to Speak Like a German? Ace Your Accent!

When I watched the movie ‘Girl on a Bicycle’, I was hooked. All I wanted to do was speak German and that too with the native accent. I started with the language classes as well but to be honest it’s daunting and needs a lot of patience. So I quit. But there had to be a different way to do this right?

Well, enter – the dialect coach. These are the coaches who make actors and people like us to pull off accents and that too in no time. You want to go on an audition for a part of a German barista? Or wait, maybe you’re just in high school and want to appear for your German exam. Hire a dialect coach. They will not only help you speak the necessary German in no time, your accent will sound unbelievably natural that they’ll all think you are indeed German. Imagine how wonderful it would be! Well, here is how my story went on…

My niece needed a German teacher as she wasn’t too happy with how her school teacher was going (my niece just wanted extra teaching), and I was given the task of looking for one. Enter now- Britta Zeimer. The lady who changes lives literally because she is that good. She is a German teacher from Berlin and is based in Vancouver, Canada now. She also works as a German dialect coach on movies and TV shows and helps actors pull off accents in no time.

She has been in the teaching and the cinema industry for some time now and has helped many students and actors from varied movies and programs ace their German accent. It’s not easy teaching someone an accent of a foreign tongue that too in a short period of time. But Britta’s psychology degree helps her understand her students very well. This gives her an advantage over other coaches as you must understand the field before you start playing the game. She not only helps actors and students but she also helps business managers with their German. The testaments of her skills are evident on television and also my sometimes lazy niece is a huge example. Britta is the coach one needs to hire when in need for acing a German accent or just learning the language.

I had to talk to her after she was done helping my niece get an ‘A’ grade. Yes, she got one.

Your film job sounds interesting. Can you name some actors you worked with?

Absolutely. I worked with e.g. Luke Kleintank, Rufus Sewell, Bella Heathcote, Sebastian Roché, Gabrielle Rose, and Kenneth Tigar in ‘Man in the High Castle’. On other shows I worked with e.g. Matt Lanter, Goran Visnjic, Sean Maguire and Falk Hentschel. And I had the incredible honor to work with Robert Zemeckis, which was amazing, especially since his movies (e.g. Back to the Future or Forrest Gump) are among my all-time favourites.

What do you do, when you’re not working on a show or a movie?

When I’m not working on set, I help actors prepare their German accent for auditions or upcoming roles and also help business managers or school children like your niece for whom German is a second language to modify their accents, so that they’re easier to understand.

On set, I often help the actor speaking with a German accent, so I’m basically adding an accent to an English speaker. In accent modification, I’m trying to reduce the English (or any) accent of the non-native German speaker. This is also often done on set, when e.g. an American actor needs to talk German. It is basically learning the sounds and the melody of the German language, so that the student can communicate with clarity and that he can be understood by every German speaker. So it’s not about learning vocabulary or grammar, but more the sound and pronunciation. This even works, when you don’t speak the language very well or at all. We do this via Skype, so I can work worldwide with everybody.

Why is it important for let’s say a business manager to speak with almost no accent?

Hiring a dialect coach for accent reduction is important, when it is essential, that people understand you well and also that they have a good impression of you. Very good examples are e.g. teens or young adults who are planning to study in Germany or managers, who have to negotiate contracts with German speakers or just want to be competitive when having a job interview. Sometimes, I have people who just want to travel to Germany and are hoping to be able to read the sentences in their dictionary well enough to be understood. And of course, I often have new immigrants to Germany who want to fit in quickly.

But will they not just learn the language when being in Germany?

Yes, many people pick up the language pretty quick and understand it well. But when it comes to speaking they often struggle with the pronunciation. So, when learning a second language people often may be saying many words improperly and friends or co-workers don’t say anything to be polite, or they think they’re being rude or annoying, so they keep quiet allowing the person to continue mispronouncing.

Say, I’m part German, but can’t speak it very well. What would I learn in an accent modification session?

For accent modification, it’s best to start learning the basic vowels and consonants. This is done very simply and most of my clients are surprised how quick they learn to create these sounds. I also incorporate my culture’s behaviors, attitudes and morals to make it more authentic (and fun).

After that interview I decided to follow my nieces’ example and pursued my plan to speak German flawlessly, so that I sound like the blonde actress in the movie. And if I can do it, you can do it too. Britta is not just available to the people in Vancouver to modify their accents. She is available for anyone and everyone who wants to learn and prepare be it any part of the world. She gives lessons via Skype and is always flexible with her timings according to her client’s needs. Britta is ready to work with adults and children alike on their German vowels, consonants and pronunciation.

A patient teacher who will help you sound like a German in no time. How amazing is that. Stand in front of the mirror or flaunt your skills to the world. Britta’s got your back. Check her out at www.brittazeimer.com. Happy learning!!