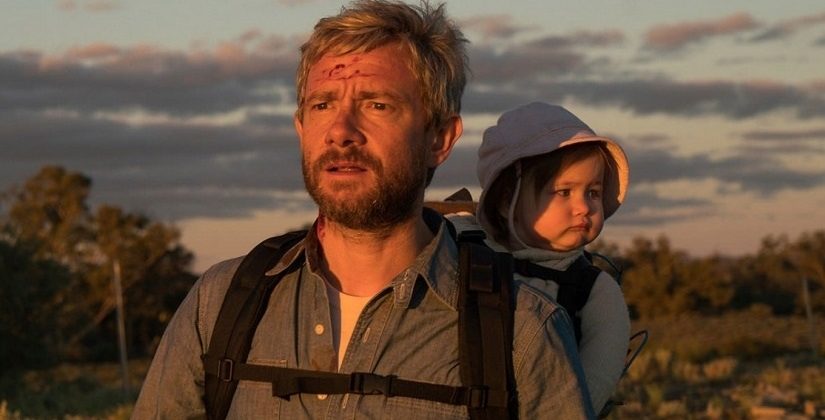 Comments Off on Cargo – A Distinct Zombie Movie

Cargo is a type of series movies which usually appear on box office. Sometimes these serious movies fail to make it mark but few does its work. It is good one time watch movie and you will definitely enjoy it with your friend and family. It’s a good movie to watch on Sunday and get relaxed its horror but it’s not that intense. The movie closely deals about the zombies in Australia and there whereabouts.

The plot goes around a family who use to live on the South Australia distance land. The family consist of a daughter a wife and a husband which are on a houseboat having a good happy time. This also let them remain safe from any known zombie threat as zombies cannot swim.

But the things started to turn bad for them as their supply for food and other amenities are started running short. They have to get their supplies replenished. During this time, they come to meet a girl who has controlled her infected father and controlled him to an extent. The both stories meet up as the hunt for food and survival begins.

Martin Freeman play the lead role in the cargo movie give it some kind of fan following. As you know that he is known for his comedy aura. He is one of the best choices for this role as he is always quick to learn and connect and boost the film alone with his charisma. Freeman acting has made this film a more sensible.

In the role he plays the character of Andy who is good person. He has one goal that is to keep his family safe in these troubled times. He doesn’t have too many tools and expertise to face the pandemic alone.

Andy is an urban man which has the essence of the city which you can clearly see in the movie. This new situation was surprising for him and everything was happening like he didn’t expected. The vast lands of the Australia are making things harsher.

Sometimes during the movie, you will find that Andy is quite a reckless character and has erratic scenes which help you come to this conclusion. Andy is not a very good when it comes to making strategy and deploying them. He acts like a normal man and he does make some mistakes and wrong decisions. You would come to realize that his plans were utter failure and they raised more problems than solving anything.

Andy here also addresses some prominent issues like parenting as he is an inexperienced father. He is learning all the necessary things of being a father. The second issue was that he comes from a white born family and always treated as low. He is unable to do things accordingly as he doesn’t understand the environment around him.

If you want to know more than I suggest you should read cargo zombie movie review. It is one of the modest movies but lacks actions.

Posted by: Conrad Armer
View more posts
Some small living room ideas with a fireplace that you may not have thought of
A brief glance at some of the best beds for your baby

A Look At Our Favourite Telugu Movie

Film lovers have many favorite films that belong to different genres, like comedy, action, thriller,…