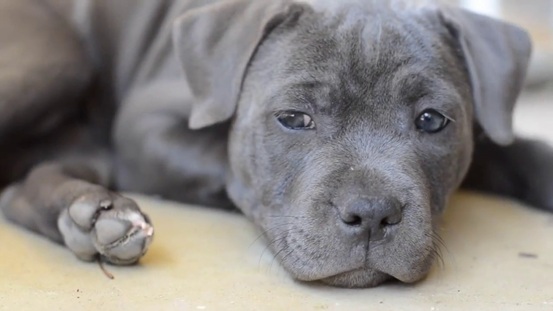 Comments Off on The Best Guard Dog Breeds For Your Home

A dog can be more than just a loyal companion and member of your family. They can also become a protector, faithfully guarding you and keeping you safe while you sleep. There are certain breeds that are particularly well suited for this job. If you’re looking for a pup that’ll become a beloved friend while warding off intruders and alerting you to any mishaps around your home, choose one of these great guarding breeds.

Staffies get a sore deal from the world in terms of judgements about their temperament, but this wariness can end up being an asset if you’re looking for a dog that’ll scare off potential burglars. Despite their intimidating appearance, Staffies are generally patient with children, affectionate, and smart. They’re also fiercely loyal, so you can be sure they won’t react kindly to someone attacking your home. Buying a blue staffy puppy and raising it as a loyal family member will ensure protection for years to come.

Rottweilers are wonderful companions that thrive when they have a particular job to do, so they make great guard dogs. They respond very well to training, and are not prone to barking excessively unless they have a good reason to do so. They give plenty of love to the people they know but are less likely to warm up to newcomers, which makes them a great option for a dog that will defend your home from intruders.

The strength, speed, and intelligence of a German Shepherd make for a fantastic guard dog breed. They do best with plenty of activity and exercise, so they’re a good choice if you’re looking for a dog to take out for lots of walks and play with on the weekends. German Shepherds are very confident dogs so they won’t shy away from a confrontation with an intimidating burglar, but they’re also highly intelligent and easy to train.

If you’re searching for a guard dog with an intimidating look and plenty of brute strength, you’d do well to adopt a Bullmastiff. The Bullmastiff was bred specifically as guard dogs, so they’re very well adapted to this sort of role. They’re highly alert, very powerful, and won’t go down easily when thrown into conflict. Despite their tough appearance and guarding prowess, Bullmastiffs make lovely family dogs and are known for their loyalty and courage.

Dobermans are a good choice for property owners with a lot of space, as they can run fast and catch up with intruders in record time. They very smart and respond quickly to sounds, commands, and anything unusual, and will instantly let you know if anyone is lurking in your garden after hours. They’re also beautiful dogs with a kind temperament – a good choice for dog lovers with plenty of garden space for their pup to roam around.

Unlike its miniature cousin, the Giant Schnauzer is a fiercely protective and faithful guard dog. They’re not as large as other popular guard dog breeds, but what they lack in size they make up for in loyalty and bravery. They require a fair amount of training and plenty of attention, but once your Giant Schnauzer has bonded with your family can you be sure that they won’t let anyone harm you.

Posted by: David Flint
View more posts
Is Linux Safe? Learn How To Use Linux Safely In 5 Steps
Learn More about the PC Dripper System

Medical Accessories For Your Frenchie Dog

There are many accessories that can be available in the pet store. Some of the…

How To Help Your Young Pooch Live A Great Life

Puppies tend to be slower than they have been in their own uproarious childhood, and…