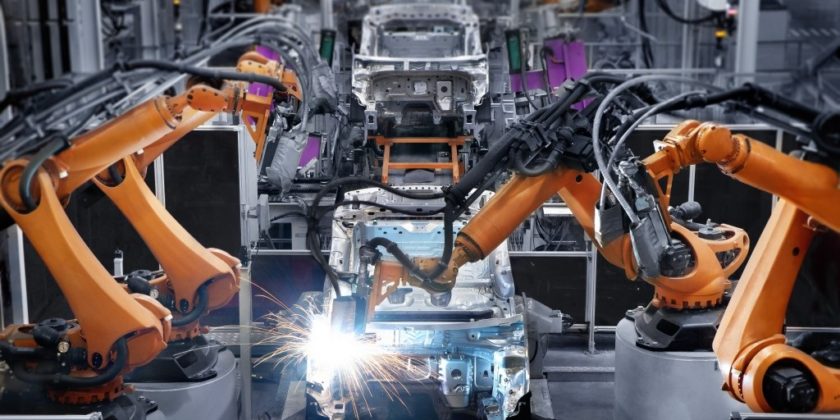 Comments Off on A Brief History Of The Manufacturing Assembly Line

Assembly line manufacturing is a process breaking down goods production into steps that are finished in pre-ascertained sequences. Mass production and an assembly line invariably go hand in hand. It’s preferred because it reduces labor costs, as unskilled workers can be trained easily to carry out specific tasks. Instead of hiring a skilled professional to put together a vehicle engine or piece of furniture, companies hire an employee to just add a bolt to equipment or leg to a chair. Let’s take a brief look at the short history of the assembly line in manufacturing.

Short History of the Assembly Line in Manufacturing

Though assembly line prototypes have been around for centuries, the real ancestor could be traced back to the 19th-century meat-processing industries of Cincinnati, Chicago and Ohio. Overhead trolleys were used to convey meat between workers. When these trolleys got hooked up with power and chains so that the carcasses could move past employees steadily, an assembly line was formed. Stationary workers focused on a single task and carried them out at a pace the machine dictates, which minimizes unnecessary movement and increases productivity dramatically.

Taking inspiration from the meat packaging industry, Henry Ford devised and launched an assembly line in 1913 for his car manufacturing business. This helped decreased magneto flywheels manufacturing by up to 15 minutes. The technique was next applied to chassis assembly. As per the old setup, parts were lugged to stationary assembly points, with each chassis needing twelve and a half man-hours. Employing a rope to tug the chassis past component stockpiles, Ford managed to decrease labor time by up to six man-hours. With further improvements made to the setup, the time needed to assemble chassis came down to 93 man-minutes. As a result, costs went down and private automobile prices decreased, making them a lot more accessible to the American middle class.

Henry Ford’s accomplishments prompted his parts suppliers and competitors to replicate his technique. With the assembly line spreading throughout different American industries, it ushered in significant productivity gains. However, it also meant low-cost unskilled labor replacing skilled workers. The pace with which assembly line flourished was decreed by machines, which meant plant manufacturers were tempted to fast-track the machines, pushing the employees to keep pace. Such speedups gave rise to multiple disputes between the management and labor. Moreover, the repetitive, dull nature of several assembly-line jobs weren’t motivating employees, thereby decreasing their output.

Effects on Work Organization and Culture

Mass production transformed work culture in three primary ways. First, tasks got subdivided minutely and were carried out by semi-skilled or unskilled workers, since the machines took care of the majority of the skill component of the job. Second, manufacturing concerns grew which led to the setting up of the supervisor and manager hierarchy. Third, the heightening operations complexity increased job opportunities for managerial-level employees specializing in domains such as engineering, accounting, human resources, research and development, distribution, sales, marketing, and information technology.

Mass production also facilitated or promulgated the international labor division trend. The new factories that were set up made it cost-effective to import feedstock from a country and make goods out of them in another. Simultaneously, product saturation in domestic markets meant a search for buyers overseas. As a result, some countries started exporting raw materials and importing finished goods. Other countries did the opposite. During the ’50s and ’60s, some primarily agricultural nations (especially in South America and Asia) started to make goods. Thanks to the low skill sets needed for assembly-line jobs, people from any background could find a job in the fresh manufacturing setup. Developing countries’ living standards were extremely low, which helped keep the wages low compared to the wages in industrialized countries. This rendered the whole production setup relatively inexpensive.